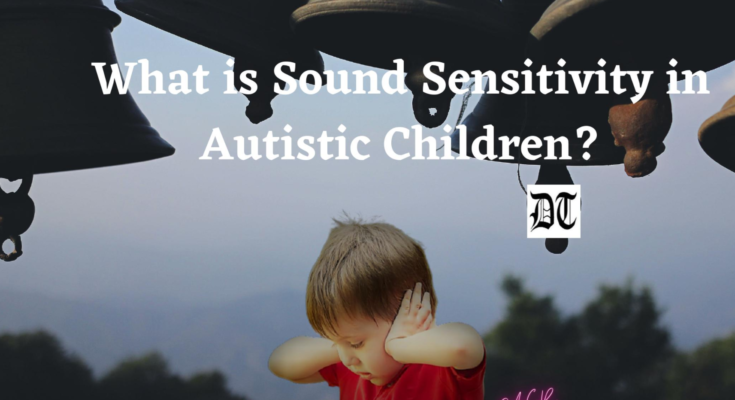 Anumita talks about parenting, with special reference to Autism. Read her column about how to care for special needs children, as we in Different Truths, join the cause of Autism Awareness month, in April. Sound sensitivity is a very common phenomenon for Autistic people. They often find it difficult to listen to the pitch of sounds and would react by either covering their ears or by uttering some sound themselves. Then, there is just the opposite case. Some ignore or block sound to such an extent that people may think them to be deaf. And there are those in between. Broadly there are five types of sound sensitivities that she describes in detail, previously published in Different Truths on April 10, 2017.

“Varun always covers his ears when we passed near the old temple,” Minu told Asha.  “I have told him that this is disrespectful, but he would not listen. He has become very obstinate.” Minu and Asha had become friends during their waiting time for the bus. Minu worked in the school where Varun studied.

Asha touched Varun’s head and smiled. She got down on her knees, while they waited for the bus to arrive. She had noticed Varun’s distraction and often wanted to talk to him. What Minu did not know is that Asha was a special education teacher. She worked with children in her school who had special needs. Varun was in pre-school and his teacher has been a bit worried about him at school.

After a while, Asha took out her phone and played a mild ring tone, and looked at Varun. He smiled. Then, she played a jarring tone. Instantly Varun covered his ears. Asha switched it off. Although the music was jarring, it was not so loud to cause someone irritation, but Varun was distressed.

Asha told Minu that Varun has sound sensitivity. Minu eyes became moist and few drops spilt. She confined in Asha that she knew that things are different for Varun and she had told her husband that Varun needs a thorough check-up but her husband is in denial. Asha kept a sympathetic face. “Minu, I think Varun needs to be checked by a child psychologist, he needs help.” Asha just kept looking and gave a slight nod. Encouraged by the slight signal, Asha gave her the name of the school psychologist and child behaviour specialist.

Later, Varun was diagnosed to be on the spectrum of Autism, with high sound sensitivity.

Sound sensitivity is a very common phenomenon for autistic people.

They often find it difficult to listen to the pitch of sounds and would react by either covering their ears or by uttering some sound themselves. Then, there is just the opposite case. Some ignore or block sound to such an extent that people may think them to be deaf. And there are those in between. Broadly there is five type of sensitivity: Hyperacusis- sensitivity to all environmental sounds; Hypersensitivity of to a particular frequency, this which may or may not be associated with autism; Recruitment- often due to damaged hair cells in the ear; Phonophobia – a fear of specific sounds, e.g. bells or washing machines or other motorized sounds, and Misophobia – getting disturbed by specific sounds made by a specific person.

For children, especially, it is the parents’ and teachers’ duty to formulate strategies to see that children with sound sensitivity are not upset. That would not mean to keep all quiet, it would mean slowly get the child acclimatized to his or her phobias and issues.

In the case of Varun, jarring bells caused him anxiety. So, Asha asked Minu to buy different bells. To start with small and soft chiming ones. Let him ring them. Then once he gets used to that sound, Varun can go up a scale and get a bigger one and learn the sound and get used to its pitch and decibel. Anxiety level decreases as the child becomes exposed to the sounds that bother them but should not be used too much that they suffer a sensory overcharge.

Varun’s mother decided to use another walking route to the school bus stop for few days. Then, once a week she chose the temple route. This gave Varun a break and got him that quiet space and time. She decided to give him earplugs the days she knew it is going to be very loud, as the temple often had occasions when they had loudspeakers blaring.

These strategies helped Varun get comfortable with his surrounding sounds. He received help from the school and got to work in his classes.

Our world is a very noisy place for everyone but for children, who have sound sensitivity with autism, have a tough battle to fight every day. We can do our part to help to reduce their pain a little.

Picture sourced by the author

View all posts by admin →

This may be a good place to introduce yourself and your site or include some credits.

What is Sound Sensitivity in Autistic Children?